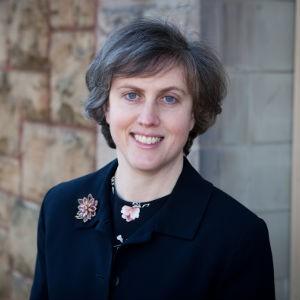 Gretchen was born and raised in Indiana, Pennsylvania, where her father was a lawyer and her mother was a home economics teacher. She obtained a Bachelor of Arts degree in French from Dickinson College, where she spent her junior year in Toulouse, France. She also earned a Master of Arts degree in French from the University of Virginia, and a law degree from Widener University School of Law in Harrisburg, where she spent a summer studying abroad in Geneva, Switzerland. After graduating from law school, she was a law clerk for the Honorable Gerald R. Solomon in Uniontown, before moving back to Stroudsburg with Todd to practice law at a local law firm. Initially, she focused her practice on estate planning and probate administration.  She has expanded her practice to include guardianships and adoptions.

Gretchen and Todd are raising their two school-aged children in Stroudsburg.