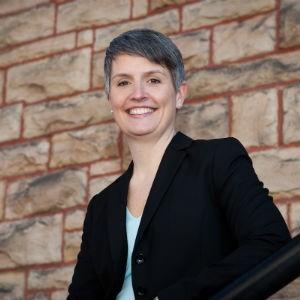 Deborah is a native of Monroe County, graduating from East Stroudsburg High School. She received her bachelor of Arts from Boston College and her J.D. from Northeastern University in Boston, Massachusetts.

Prior to attending law school, Deborah lived in the coalfields of southern West Virginia for several years focused on serving the community in which she lived. Deborah spent a year as an AmeriCorps VISTA with a family literacy program. Following her year as a AmeriCorps VISTA, Deborah served as a regional director for a statewide nonprofit funded by the U.S. Department of Education where she conducted local, regional and statewide trainings for educators and social service providers on poverty issues and family involvement strategies.

In 2006, Deborah returned home to Monroe County and worked as an associate with a Stroudsburg law firm. Deborah joined Weitzmann and Weitzmann, LLC in January, 2013 where her practice is focused on the areas of family law, employment law, municipal law and civil litigation.  In 2014, Deborah was appointed by the Court to serve as the Protection from Abuse Advocate.  As the PFA Advocate Deborah represents individuals in Court who are seeking protection from physical and sexual abuse under the Pennsylvania Protection from Abuse Act.

In addition to her professional work, Deborah also serves on the Board of Directors of Monroe County Habitat for Humanity as well as the Act 137 Affordable Housing Board. Deborah has also been a presenter for Leadership Pocono on issues on governance and fiduciary duties of nonprofit boards.